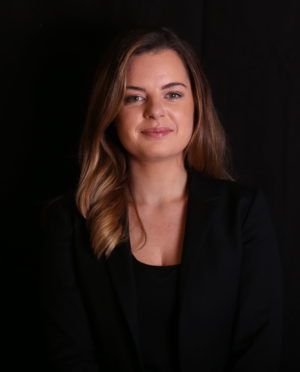 Danica joined M. E. Hanahoe Solicitors in 2013 as a trainee qualifying from the Law Society of Ireland in 2016
Danica is experienced in all areas of criminal defence. She has conducted criminal trials in the Circuit Court, the Central Criminal Court and the Special Criminal Court, dealing with a wide range of offences including offences against the person, firearms offences, drugs offences and serious sexual offences, as well as being responsible for the preparation of cases appealed to the Court of Appeal and the Supreme Court.
Danica regularly advocates on behalf of clients in the District Court and prepares High Court bail applications for clients detained in custody including dealing with applications on an agency basis for other solicitors based outside of Dublin.
In recent times she assisted in the preparation of representations for the Disclosures Tribunal and attended at the hearings in Dublin Castle.
She has contributed to a submission to the Law Reform Commission on Regulatory and Corporate Enforcement
Education
LLB (HONS in Irish Law)
LLM Comparative Media Law
Diploma in White Collar Crime